The San Francisco Chapter aims to generate goodwill between the accounting fraternities of India and the US and build an immaculate network to pave paths for its members to work with the local institutions and contribute to the well being of its economic citizens.

The San Francisco Chapter believes strongly in facilitating the integration process of Indian migrant Chartered Accountants coming to the USA . Towards this, we  will offer mentoring support, conduct focus workshops and panel discussions, organize social events and participate in sports activities to build a community of like minded professional accountants who will find it easier to assimilate and contribute positively to the growth of the local economy.


The President of The Institute Chartered Accountants of India (ICAI), Mr. Nilesh Shivji Vikamsey inaugurated the “San Francisco Chapter of ICAI” in a splendid ceremony held on Saturday, March 4, 2017 in Milpitas, California. 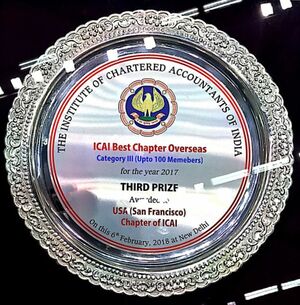